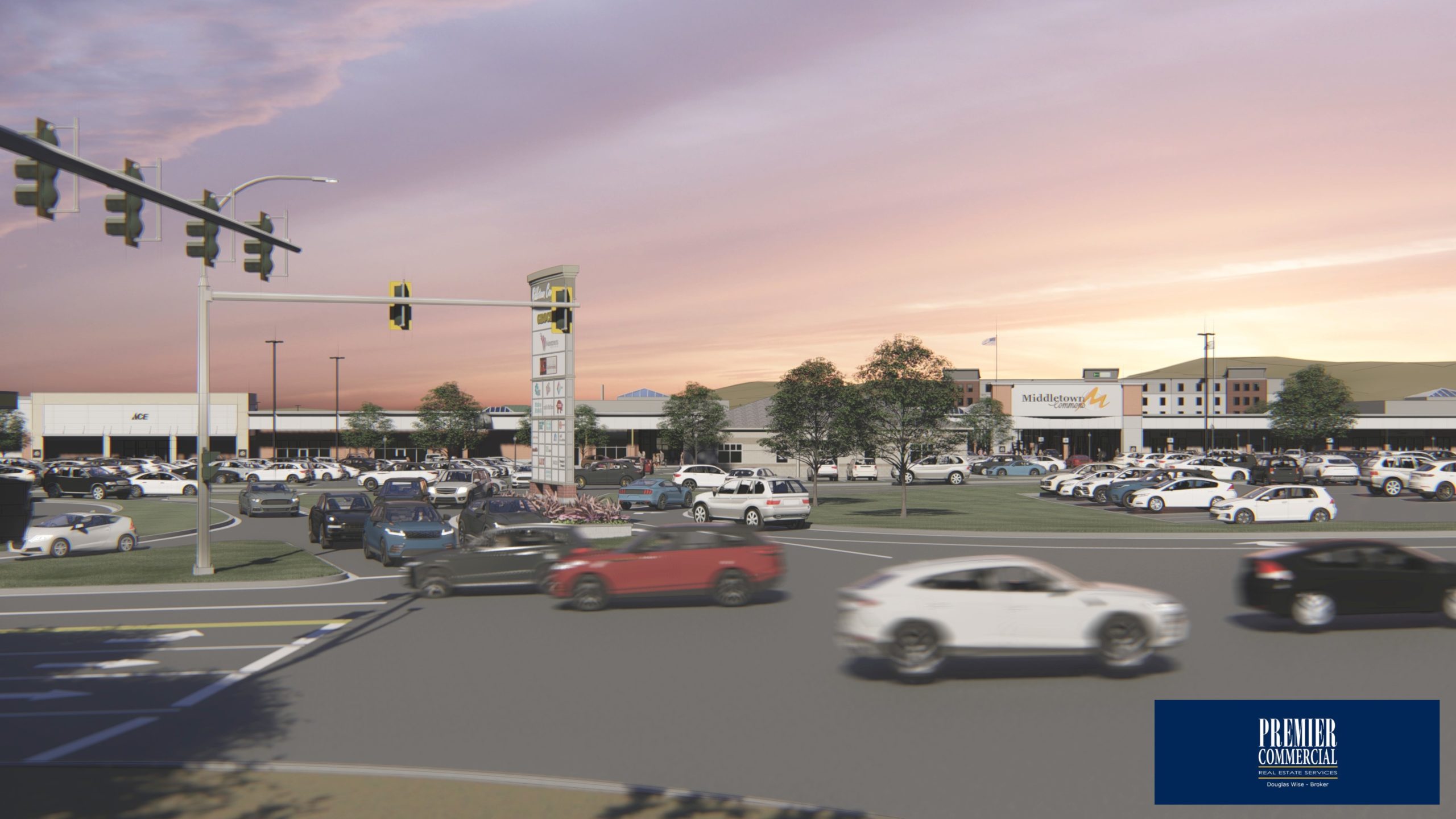 Video Walk Through Of All New Middletown Commons

An artist’s rendering of the new intersection that will be created across from Wal-Mart entering the new Middletown Commons. (Photo: Premier Commercial Real Estate Services)

In the years since it’s glory days, it’s slowly deteriorated and lost its flare, just like many malls across the country.

Its previous owner this year was sentenced to 18 months in federal prison for bankruptcy and tax fraud. The mall was also at the center of a scandal in 2018 when it was discovered the West Virginia DHHR was paying for vacant office space, wasting nearly $1 million in taxpayer money.

But the former mall is now turning to a new chapter with a new name as it transforms into the Middletown Commons.

Richard and David Biafora bought the mall in 2018 and launched an ambitious project to transform it into a new shopping center that they hoped would mirror the success of their previous local projects.

“The basic idea is de-malling it and turning it into more of a Suncrest Town Centre,” said Christopher Wilbert Jr. of Premier Commercial Real Estate Services.

Wilbert said the Middletown Commons is in the third phase of its development. Several of the storefronts are complete and tenants are moving into their new spaces, including from the retail, health, and restaurant industries.

Phase four will focus on much of the infrastructure for the Middletown Commons, including adding a new South entrance directly across from the current Walmart.

The current entrance will be reconfigured to flow traffic smoothly through the plaza.

“We all know it’s a bit of a cluster,” Wilbert said. “Once we’re done here, it’s going to be a town center that flows. That’s the main goal.”

The parking lot will also be paved.

The new design allows for an open concept. Crews are in the final stages of removing the current roofing and buildings that will make way traffic to flow through the town center.

“In the coming months here when this stuff is tore off the front, you can see the expose the drive-thru,” Wilbert said. “It’s going to look like a whole new world here.”

The project still has a ways to go before it’s 100% complete. There’s no set completion date. But Wilbert said within the next six months, work on exposing the drive-thru should be complete, with more significant developments coming in the next 18 months.

Follow the link below for the video tour walk through!!!